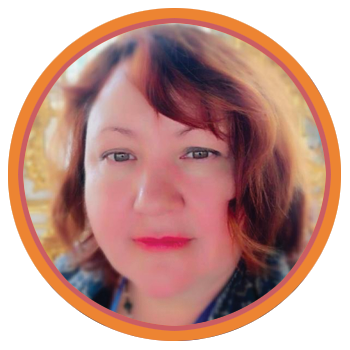 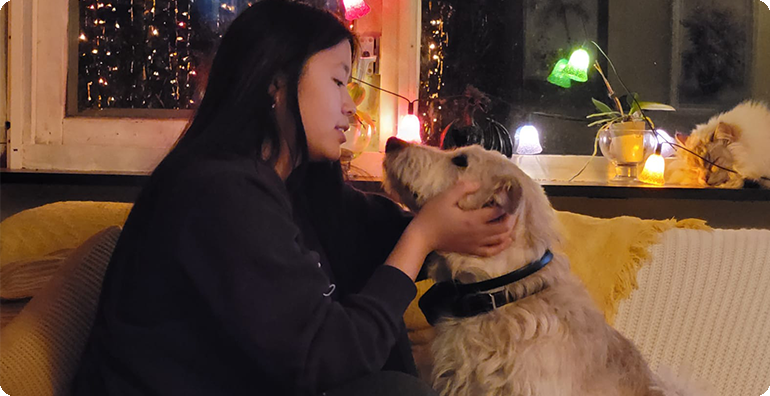 At the end of the summer I was shown a photo of a stray dog ​​on a Facebook post, all the way from Russia, for which a new warm home was urgently needed. We had no intention of getting a second dog again – our oldest dog had just passed away a few months earlier – and certainly not a rescue dog from Russia. But the picture did not let go of me, I kept seeing those sad big eyes of the dog in front of me. At first I thought that my parents in Russia wanted to provide temporary shelter, so I wrote to the volunteers who took care of the dogs. Immediately I received an answer that the dog could be taken to my parents immediately. Unfortunately, my parents are no longer the youngest and decided not to step in as a daycare. I told the volunteers and said “I would adopt him myself, but I live in the Netherlands”. And there was the proposal that he could also be brought to the Netherlands and that the non-cheap transport could be partly paid for by collection among Russian animal lovers.

A few weeks later we drove to Germany (from Groningen), to the agreed stop where the car with rescue pets from Russia would arrive. Excellent communication meant that we knew in advance exactly where and when we had to be, in this case just below Hanover. After the usual nervousness at the stop – he comes now, he comes now – the white truck turned onto the grounds, with big letters “animal transport” on the rear doors. The drivers greeted us very nicely (there were even more people for dogs), took out the correct international animal passports and opened the car. From a barking and meowing inside, the driver emerged again with our little dog that looks so much like a white bear and with the very eyes that had bewitched me before. 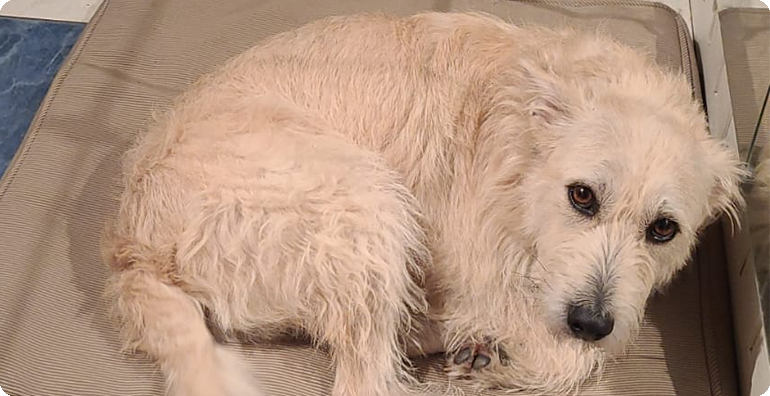 The road home was a long one, and after an hour of sweetly lying in the trunk, our little white bear turned into a confident dog who actually liked sitting in the trunk next to his new owner. After saying “no” three times, he turned out to be stubborn enough to get his way. He settled down next to me, a little warm white (smelly at the moment) creature, and the whole journey seemed to be clinging to me, calm and sweet, and that felt very special. When we got home we introduced our dog to our new Umka in a field, and it went surprisingly well. I can now say that they have become close friends, the young and the old.

Getting used to our three cats was a different story. As kind as he was towards us, so intense and “beastly” he responded to our cats. His hunting instinct kept coming up like a gust of wind. But smart as he was, after three days of chasing with the plant sprayer, he realised what was allowed and not allowed at our house; he quickly adapted with all his instincts to his new warm home. A few weeks later it is clear: Umka has become an inseparable part of our family! That’s how it went with Umka, but the volunteers immediately asked me if I didn’t want to help with some kittens, and then with some dogs and cats. Before I knew it, I was heavily involved in finding warm new homes for the rescue dogs and cats, and the journey to Germany, and later even directly to the Netherlands, the waiting for the transport car and receiving the new adopted animals became a become a regular part of my life.

For that I am very grateful: I met very special people, volunteers from Russia but also soul mates in the Netherlands with whom we dreamed about a more professional organisation. And who would have thought that after a few months those dreams have already practically all been realised, thanks to the energy of Lena and Marco. We now have a Cosmopolitan Pets foundation that hopefully will become an organisation that connects people who have such a big heart to adopt a dog or cat, even all the way from Russia.

This website uses cookies to improve your experience while you navigate through the website. Out of these, the cookies that are categorized as necessary are stored on your browser as they are essential for the working of basic functionalities of the website. We also use third-party cookies that help us analyze and understand how you use this website. These cookies will be stored in your browser only with your consent. You also have the option to opt-out of these cookies. But opting out of some of these cookies may affect your browsing experience.
Necessary Always Enabled

Any cookies that may not be particularly necessary for the website to function and is used specifically to collect user personal data via analytics, ads, other embedded contents are termed as non-necessary cookies. It is mandatory to procure user consent prior to running these cookies on your website.